The symptoms of hyperthyroidism can be difficult to deal with, and even scary at times, which is why many people take antithyroid drugs and/or beta blockers, while others choose to receive radioactive iodine treatment. While it sometimes is necessary to take prescription drugs on a temporary basis to manage the hyperthyroid symptoms, the problem is that these conventional treatments do absolutely nothing for the actual cause of the condition. And a treatment such as radioactive iodine will obliterate the thyroid gland, which usually will mean that the person will need to take thyroid hormone medication on a permanent basis. On the other hand, the goal of an effective natural hyperthyroid treatment protocol is to not just manage the symptoms, but to restore your health back to normal, which is possible for many people.

Your Thyroid Gland IS NOT The Cause Of Your Disorder

In just about every case of hyperthyroidism, especially Graves’ Disease, the malfunctioning thyroid gland isn’t the actual cause of the disorder, but is instead an end result. In other words, there is something that is actually causing the thyroid gland to produce an excessive amount of thyroid hormone. So while giving an antithyroid drug such as Methimazole or PTU, or receiving radioactive iodine treatment might help with the excessive production of thyroid hormone, thus helping to control your symptoms, these treatment methods are doing nothing for what’s actually causing your thyroid gland to malfunction.

This doesn’t mean that those with hyperthyroidism or Graves’ Disease should stop taking antithyroid drugs and beta blockers, or that radioactive iodine treatment shouldn’t be considered in some cases, as sometimes these treatment methods are necessary. While radioactive iodine is an extreme treatment method and should usually be used as a last resort, sometimes antithyroid drugs and/or beta blockers might be necessary to take for a short period of time to manage the symptoms, as the symptoms can sometimes become severe in people with hyperthyroidism.

So if the thyroid gland itself isn’t the cause of your condition, then you’re probably wondering what IS the cause? Unfortunately there is not a definitive answer for this, and the reason is because there are different causes of hyperthyroid disorders. Graves’ Disease is the most common hyperthyroid condition, and is not actually a thyroid condition, but rather an autoimmune condition which causes problems with the thyroid gland. Numerous factors can trigger an autoimmune response, which for someone who has a genetic marker for Graves’ Disease will cause the formation of thyroid stimulating immunoglobulins, which will stimulate the TSH receptors and lead to the excessive production of thyroid hormone. And in some cases these same antibodies will attack the tissues of the eyes, causing thyroid eye disease. So the focus really should be on restoring the health of the immune system, and not just manage the hyperthyroid symptoms.

Genetics vs. Lifestyle and Environmental Factors

Since I spoke about how people with these conditions typically have a genetic predisposition, you might be wondering how someone who has a genetic marker for hyperthyroidism or Graves’ Disease can have their health restored back to normal. While one can’t change their genetics, research has shown that people with a genetic marker for different autoimmune conditions only have a 30% chance of developing such a condition. So we’re not talking about “genetic” conditions such as Cystic Fibrosis or Tay Sachs disease. Although genetics do play a role, studies show that lifestyle and environmental factors usually “trigger” the genetics, and thus cause the genes to express themselves.

So if lifestyle and environmental factors play a big role in the development of hyperthyroidism and Graves’ Disease, then it shouldn’t be a surprise to see many people develop these conditions. Many people eat poor diets consisting of too many refined foods and sugars, many people don’t obtain enough sleep, dealing with chronic stress is a big factor, and we’re being bombarded by numerous environmental toxins such as xenoestrogens, heavy metals, EMFs, and many other toxins. Infections such as H. Pylori and Yersinia Enterocolitica are common. Any of these factors can lead to the development of hyperthyroidism and Graves’ Disease. And as you might have guessed, in order to restore someone’s health back to normal, one not only needs to suppress the autoimmune component and control the inflammation (for those who have Graves’ Disease), but one also must address these lifestyle and environmental factors through dietary changes, nutritional supplementation, better stress handling skills, etc.

The Benefits Of A Natural Hyperthyroid Treatment Protocol

So how can a natural hyperthyroid treatment protocol restore someone’s health back to normal? Well, the goal of such a treatment protocol should be to get to the underlying cause of the problem. For example, many people have stressed out adrenal glands and HPA axis dysregulation, which over a period of months or years can directly or indirectly lead to problems with the thyroid gland. While most endocrinologists and general practitioners don’t bother evaluating the adrenal glands unless if they were to suspect a disease state such as Addison’s Disease, a competent natural healthcare professional will make sure that the patient doesn’t have an underlying adrenal problem.

Of course a natural doctor will also make sure other areas of the body aren’t responsible for the malfunctioning thyroid gland. For example, more and more people are being diagnosed with leaky gut syndrome, which isn’t always accompanied by symptoms, but can potentially trigger an autoimmune response, thus leading to a condition such as Graves’ Disease. Besides the immune system and adrenal glands, other factors can contribute or directly cause malfunctioning of the thyroid gland, including vitamin and mineral deficiencies, a hormonal imbalance, a chronic infection, as well as other factors.

Admittedly not everyone is a candidate for natural hyperthyroid treatment methods. However, the good news is that most people can benefit from following a natural treatment protocol. Sometimes it’s not possible to completely restore one’s health back to normal, but many times enough can be done to help someone avoid needing to take prescription drugs for the rest of their life or prevent them from receiving radioactive iodine treatment.

How To Receive More Information On Natural Hyperthyroid Treatment Methods

To receive more information about natural hyperthyroid treatment methods, including free natural thyroid health tips and a free guide entitled “6 Steps On How Natural Thyroid Treatments Can Restore Your Health”, enter your first name and email address on the right side of this page. The free guide you will receive is not a sales pitch of any kind, as it consists of a lot of great content that will not only provide you with an abundance of valuable information in treating your hyperthyroid condition naturally, but will also help you find a competent natural endocrine doctor.

Here are some of my patients with thyroid and autoimmune thyroid conditions who have benefited from following a natural treatment protocol. 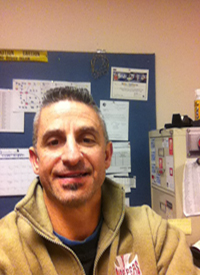 Since following the natural treatment protocol I have all of the energy that I had before Graves’ Disease, and not being on the meds feel wonderful. Being able to do all of the things that I used to do is fantastic, as we all take so many things for granted in life, and our health/body is very sensitive so what we feed it is so important, good in good out. Little by little my blood work came back to the normal range (within 4 to 6 months) but you have to follow the protocol. 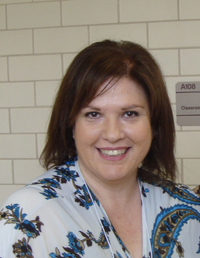 Through my own research, I discovered that there are many side effects to radioactive iodine treatment. However, every visit to the endocrinologist ended with them stating that this was the only treatment for Graves Disease. In fact, one endocrinologist yelled at me and stated that I had to have the procedure done by November because of the dangerous side effects of the medication. I found Dr. Osansky’s website and read all his articles. I was immediately convinced that he could help me because one of his articles described his symptoms and it seemed as though he was describing my symptoms. I wanted a doctor who had this experience and could tell me what to expect.Since starting the natural protocol, I feel full of energy. I look forward to seeing my students instead of dreading each day. My eating habits have totally changed. I can actually function when I get home. I used to sleep during the two week Christmas holidays, but this year I actually painted, cleaned and exercised. It has truly been a lifestyle change. My blood tests show tremendous improvement. In fact the same endocrinologist who yelled at me sent me a letter indicating that I should immediately start lowering the Methimazole. 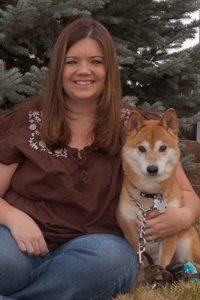 I was diagnosed with Graves’ Disease, and I began to notice changes in my symptoms pretty quickly after beginning the natural treatment protocol. After the first month my palpitations and anxiety type symptoms almost disappeared and I was sleeping better at night. The second month results were even better. I felt so good that I began tapering off my antidepressant medication that I had been taking for years. After the third month all of the symptoms that I had experienced prior were no longer present. My energy levels were better than they had been in a year and my thyroid lab results were within the normal range.

CLICK HERE for webinars on hyperthyroidism and Graves’ Disease

Get Your Free 52-Page Guide: The 6 Steps To Reverse Graves’ Disease and Hashimoto’s Naturally Get It Now